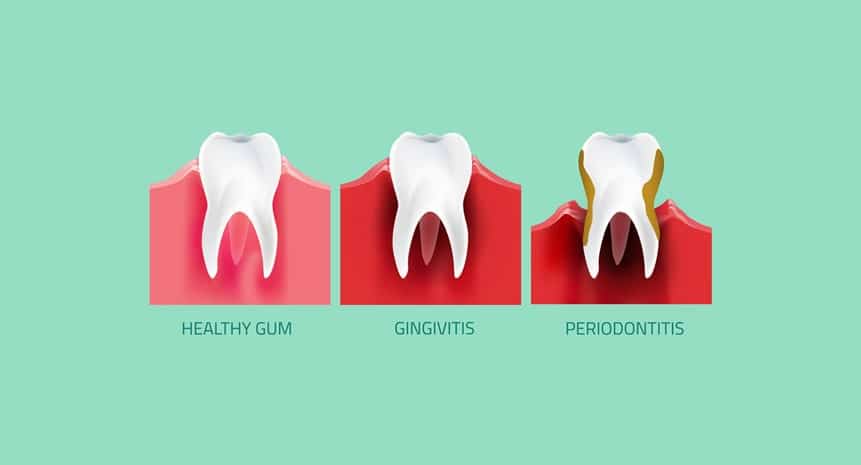 Your gums can tell you a lot about your oral and overall health. Pain, tenderness, and other symptoms can indicate a variety of dental problems before they become serious medical complications. By listening to your gums, you can monitor your oral health and address concerns early on.

You may think that brushing vigorously is the best way to polish your teeth and remove plaque and bacteria; however, brushing too hard can actually cause more problems, including receding gums and weakened tooth enamel. When your gums recede, they peel away from the root of your tooth, which may be painful when exposed. Behaviors like grinding or clenching your teeth can also cause recession, as the repeated trauma weakens your gums. If you’ve noticed you’re seeing more of your teeth than usual, speak with your dentist about better hygiene practices. In cases of severe gum recession, your dentist can perform a gum graft, in which stronger tissue from the roof of your mouth is sewn over the receding gum.

Regardless of what you may have heard, you should never ignore bleeding gums. While occasional bleeding could simply be a sign of brushing or flossing too hard, gums that bleed frequently can indicate a bigger problem. Most often, bleeding gums means a buildup of plaque and tartar along your gum line, which leads to gingivitis and periodontal disease. Bacteria buildup can also cause swelling and pain in the gums. If you experience bleeding gums even from brushing gently, your gums may be suffering from an early stage of gingivitis.

Sometimes, your gums will bleed from proper dental care if you haven’t brushed or flossed regularly. Picking up a better dental hygiene routine may require some adjustment – your gums will be weaker and will take a few days to get used to being flossed every day. Stick with your plan, and talk to your dentist if your gums continue to bleed for more than a few days of flossing.

Like bleeding, gum sensitivity is often overlooked as a fact of life – in reality, gum sensitivity is abnormal and should be addressed by a dental professional. Sensitive gums could be caused by a number of triggers, including overbrushing, hormonal changes, or sensitivity to certain acids or foods. But like bleeding gums, tender or sensitive gums are most often an early sign of gingivitis caused by a lack of proper dental hygiene. However, if you maintain an oral care regimen and still experience sensitivity when eating or drinking, talk to your dentist about dietary changes that may reduce the tenderness of your gums.

Gum pain, tenderness, and bleeding are no joke. Even if you only experience one of these symptoms, it’s important to see your dentist twice yearly to address the issue. More often than not, monitoring your gums’ health can help prevent severe complications and help you live a healthy, pain-free life.